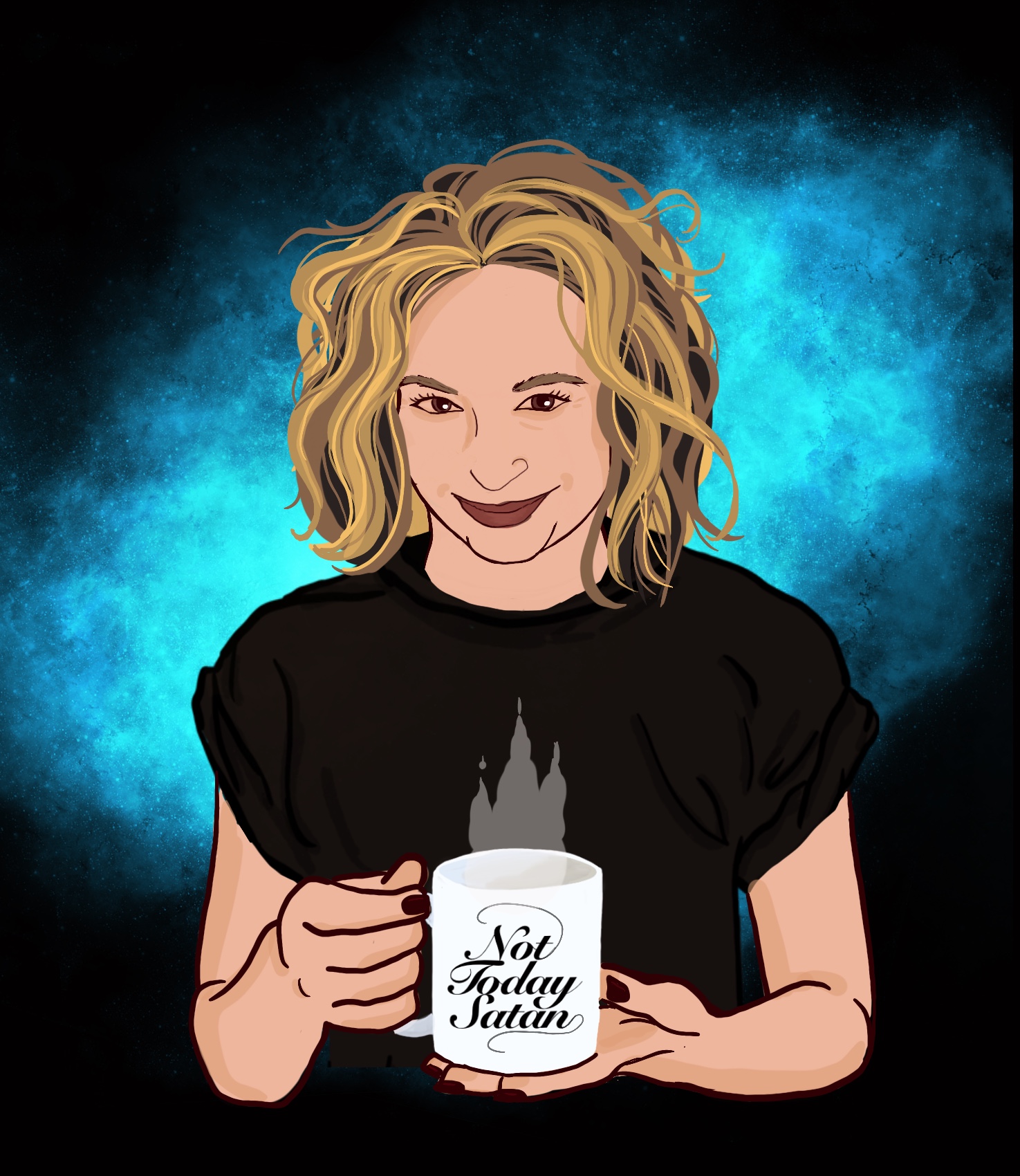 Hello, my name is Court, and I love creepy stories. If this sounds like an AA introduction, well tuck in for the confessional, friends. Because I’m basically an undercover weirdo and I want to tell ALL OF YOU WEIRDOS what I see beneath and behind the everyday background of my life and this town. And believe me, here in San Francisco lies some SHIT.

I look super normal. I’m not goth (I love goths), I’m not inked to within an inch of my life (I love ink), I’m not wearing a pentacle or an inverted cross (I love witches and satanists are fucking hilarious). I have blonde hair, I play sports, and I love dogs. Extremely basic until I open my mouth. You think I’m gonna tell you about the latest GOOP cleanse but really it’s something like “DID U KNOW THAT WHEN THAT HOUSE WAS RENOVATED THEY FOUND A COFFIN WITH A WELL PRESERVED CHILD CORPSE IN IT?”

YEAH. Imagine walking around all day with that nonsense in your head. You would have to tell someone too, right? So here I am. And here you are, so let’s chop it up about the Zodiac killer or White Lady of Golden Gate Park.

I’ve had a longish professional career. I’ve had a lot of jobs, and some were pretty serious, but what I have ALWAYS loved to do is tell stories. I tell everyone my stories: baristas, Lyft drivers, Whole Foods cashiers, kids’ teachers, dudes at the dog park, bartenders, randos on the bus. My husband is stoked about this project because, as he told me, he’s already heard them all at least three times. I have some executive function and impulse control problems which make me a fucking riot at parties but also prone to making so-called poor choices, like blurting this weird shit out to people I barely know or at inappropriate times. Like when I almost told some of the kids at my son’s school that it’s haunted (THE PRINCIPAL TOLD ME) or while giving directions in Golden Gate Park (“go left at the pond -- did you know that they once found a body floating in it”)  or asked every single owner or worker at every single old building in town “Hey, is this place haunted?” (You’d be surprised by how many people say yes).

When I was younger and more pretentious and fresh out of studying literature in college, I thought some day I’d be a writer. Not a person who writes a blog about ghost stories (are we calling this a blog? It feels pretty 2010 but I don’t think there’s any way around it), but like, a writer writer. I didn’t imagine that I’d be making jokes about white ladies or using all caps swear words in my oeuvre, but it turns out that this is kind of my jam. Everyone needs to start somewhere, and like a lot of people with writing ambitions, I just want people to read my shit.

There’s another thing that I want to put right out there as we start:  I’m a trauma survivor. What you’ll read here is dark, because a lot of the shit in my head is dark. We don’t need to get into it, but there’s been some research on why some of us are drawn to these subjects. If you read this stuff and feel some kind of way, stay with it. None of this is gratuitous. There are jokes but I’m not unaware that real people were involved in all of these human dramas.